New UN.I.O.N. Board of Directors

During the UN.I.O.N. National Assembly held in Rome in July, the new Board of Directors was appointed, confirming Iginio S. Lentini as President. During the meeting, the plans for a more decisive action were drawn, strengthening the activity of the three Working Groups (WGs) engaged for the safety of the installations, through the periodic inspections safeguarding the users of lifting equipment (Ministerial Decree 11.4.11), electrical earthing systems (Presidential Decree 462/01) and lifts and goods lifts (Directive 2014/33/EU). The last two are subject to the prior accreditation of validation of the ministerial authorisation (MiSE), pertaining respectively to the Enabled Bodies and the Notified Bodies. At European level, the presence of a UN.I.O.N. delegate at NB-Lift will be ensured.

The editorial staff of Elevatori Magazine is proud to publish the award plate received from UN.I.O.N. in recognition of its “historical presence in the world of vertical and horizontal transportation, as a leading magazine that has always been at the top” and awarded to its Chairman, Giuseppe Volpe, “for his tireless and meritorious work”. 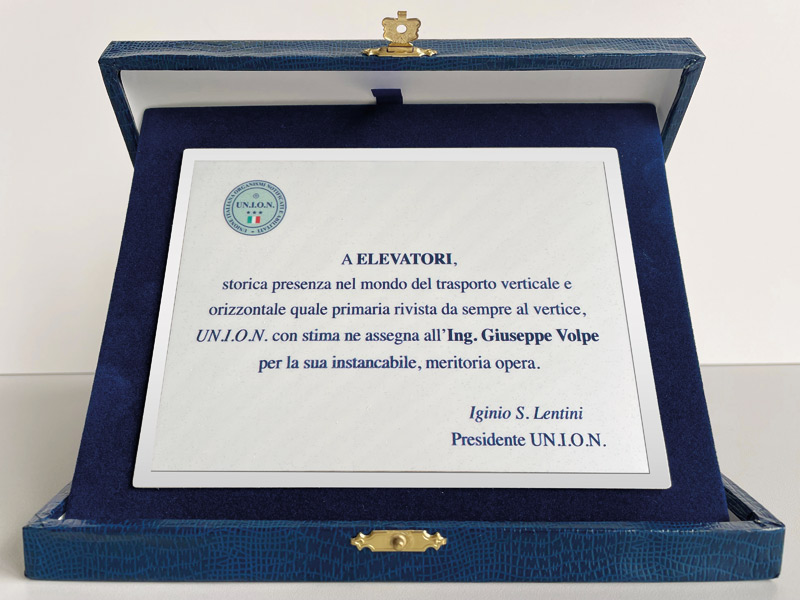 The plate awarded by Un.i.on. to Elevatori Magazine, for the Chairman, Giuseppe Volpe. 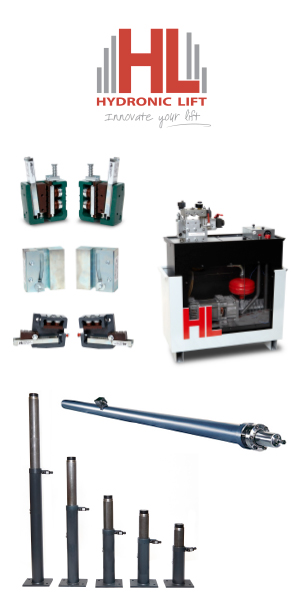 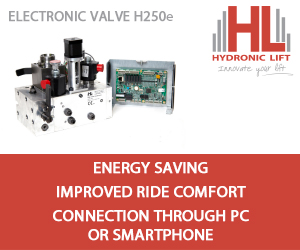