Just like lifts, escalators and moving walkways are also a consolidated part of the urban scenery: transportation means serving the mobility of people in the city, inside and outside the buildings.Elevatori has focused many times on this subject. One might wonder what there is still to say about this topic. But the theme still exists and it is an evergreen: safety. In fact, the number and types of accidents in Europe and in Italy remain unchanged. The accidents occurring more frequently are the following, as identified by Giovanni Varisco:

Unfortunately these are well known situations which should be avoided by the users. So, what could prevent the accident? We share some assessments, building the discussion on some interrelated topics:

Let us now try to understand why, in relative terms, escalator accidents are far more numerous than those related to the use of lifts. A ratio of almost 1 to 100, estimated on the basis of data provided by industry sector associations, as well as on the basis of the following statistics.In Italy there are almost one million lifts and 10,000 escalators and the number of accidents is about the same (these are estimates).The escalator attracts and invites us to use it. It is always ready and if it stops, you do not run the risk being trapped. Conversely, the idea of being trapped in a lift, causes fear of choking and discomfort. Almost everybody chooses the escalators, underestimating they are dangerous because of the several accessible moving parts. Unfortunately, European design standards can do very little to counter the improper conduct by users.Let us get back to the list of injuries and be more detailed. New recent accidents occurred in China, including one fatal accident, requires further consideration. The accident, in this case, is related to a non-conformity of the machine and/or poor maintenance. A mother and child fell into the escalator pit due to the failure of the step (maybe because of deformation and poorly secured).The mother saved her child but was eventually killed by the movement of the chain of steps and the steps themselves. This creepy episode suggests some considerations on the quality of the material and possible improper maintenance. Today, the European legislation, by referring to this potential accident, states the need for a protective casing in the pit to avoid contact with step motion and the locking for the platform opening.Other events can become a starting point for analysis. For example, long ago an expert pointed out that in shopping centres the cleaning is done quickly with heavy machines which inevitably weigh on the escalator step, causing a deformation.In order to avoid injury to the users, it is interesting what is defined by some transportation agencies of Canadian cities where walking on a moving escalator is explicitly forbidden and passing other passengers who are standing still and holding the handrail. In case of escalator shutdown, the user walking on the escalator is standing on a single foot and walking at a speed resulting from the sum of the escalator speed plus his/her walking speed (which is often close to that of the escalator).Finally, here below are some practical solutions. In an underground station in London, where numerous escalator accidents occurred, service operators (frustrated by the non-compliance to notice instructions) decided to switch to audio alerts listing the main rules). In Northern European countries, however, in some malls, it was decided to install safety nets under the escalators to cushion the effects of a disastrous fall.The www.ela-aisbl.org website offers the option to download free of charge the ELA (European Lift Association) document “Escalator and moving walk safety”, where some intuitive cartoons illustrate the main risks of escalators and suggest how to improve safety levels. 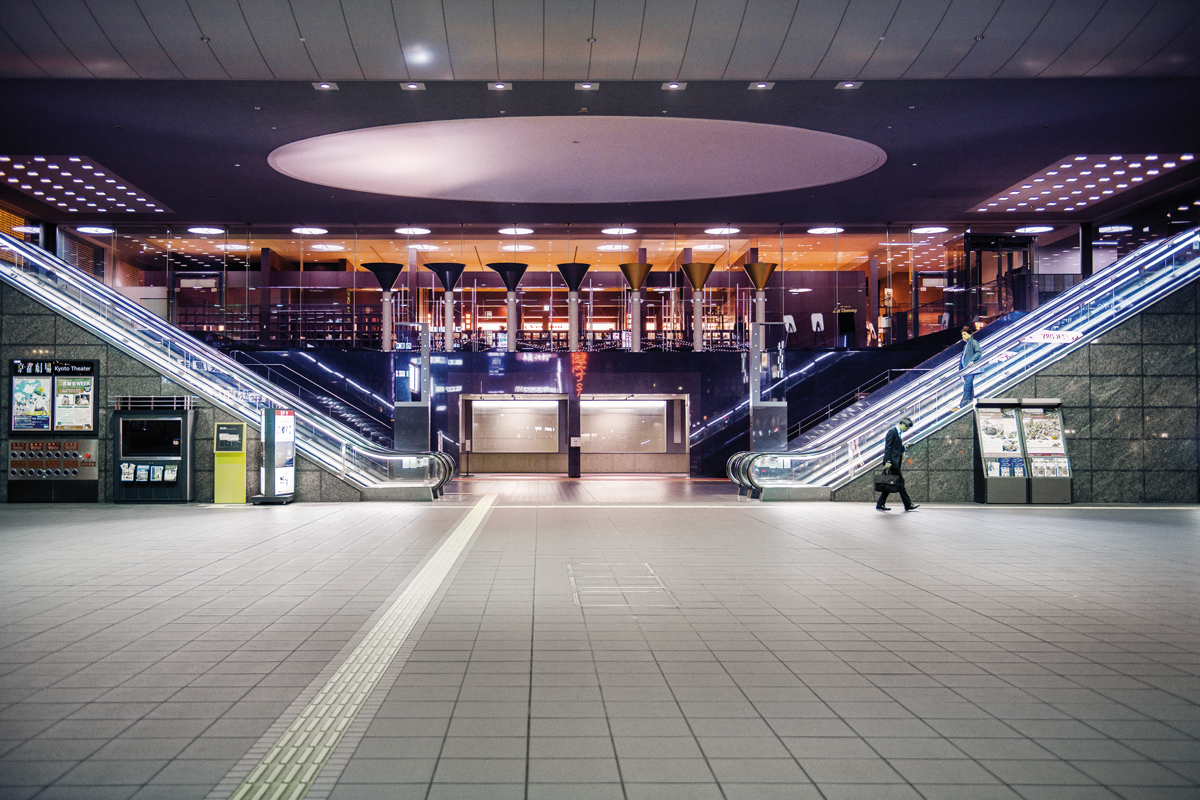 The escalator is ruled by the Machinery Directive; however, it remains the only machine controlled by a user unaware of risks related to moving parts and not by a trained professional. Technical standards relevant to EN 115 are increasing in number and focus on all aspects of safety (user and technician). These are (for the European context):

In the maintenance activity, the central elements for operator’s safety are the electrical energy control and the mechanical energy control (i.e. when working in the pit to replace the steps or components), in analogy with the recommendations for the lifts.For checking an escalator, today an inspection control panel is mandatory, to be plugged in the pit in order to achieve an exclusive control of the escalator while excluding any other interference. As with the lift inspection control panel, the various controls should be checked (i.e. the Stop or any other efficient exclusion of any external inputs, upwards and downwards movements.In this case, there must be the effective braking of the escalator as a result of the stop actuation. A too long braking would endanger the safety of the technician also in the case of the stop actuation).Finally, another case, which when underestimated leads to tragic accidents, refers to the dismantling of the steps. In fact, when removing a certain number of steps, the escalator behaves as an unbalanced chain, which if not retained (with belts or chains) can move in an unexpected manner with serious consequences for operators. Frequent accidents of those tempted to walk on the (slippery) axes connecting the two chains of steps should not be forgotten.

CONSIDERATIONS ON SOME SPECIAL USES

The escalator is not currently usable as an escape route in case of emergency (the step height is well above that of a standard stair and it is provided with sharp metal edges). For some locations (i.e. the underground) the possibility of using the escalator for this purpose is being discussed by ministers.This could cause risks greater than those aimed to be reduced. In this regard, during the VFA Forum (Interlift, October 2015), Eng. Giovanni Pappalardo (ANACAM – Italian Association of Elevator Companies) presented an interesting report (FEMS – Fire elevator, escalator, travelator and management system in an airport).The report was about the design of a fire protection system, with relevant management of lifts and escalators for Fiumicino airport in Rome, Italy. I asked some questions and also a manager of Amsterdam system took part to the discussion. The author of the report and the Dutch technician discussed about the following: if the escalator moves passengers to an area where a fire alarm is triggered, a proper procedure could be:

TRAINING AND INFORMATION FOR TECHNICIANS

For “non-public use” escalators according to the legislation of the Ministry of Transportation, exclusively monitored by the Transportation and Fixed Systems Office (USTIF) the maintenance technician is required to be qualified neither there is the obligation for a scheduled maintenance or periodic visits. Considering that escalators operating in shopping malls fall into this category, we hope that the national legislation intervene given the growing number of escalators installed and to be installed. In this way the requirement of the EN 115-1 would be exceeded where it is suggested the maintenance by a skilled technician and the recording of maintenance interventions.As regards to users, rather than signs (no-one reads), a training at school would probably be more useful. In Japan, in primary schools there are volunteers from sector multinationals who through lessons and games offer important messages on safe use. There is an old-fashioned board game where one who reaches a cell of bad behaviour is downgraded. With regard to basic training, there is the important and occasional commitment by some schools with courses of four to eight hours and a four-day course at the Polytechnic of Milan (unfortunately the course is no longer offered). Moreover, in recent months, the College of Engineers of Milan has started two four-hour courses for its members. The lessons will be certainly repeated in 2016.Finally, for owners, operators or maintainers, besides the compulsory maintenance manual, there is the EN 13015 standard focusing mainly on lifts, but including also useful guidelines for escalator essential maintenance.

In 2013, accidents relevant to escalators (data from 16 out of 29 countries – no data for each country) involving operators were 65: 2 fatal accidents, 10 serious accidents and 53 minor accidents. In this case, 36% is included in the cases covered by SNEE: